When Willem de Kooning’s Interchange was sold for $300 million in 2015, many art lovers started wondering: “what price would a masterpiece by an old master fetch if sold?” A logical question to which it was impossible to find an answer…until a couple of weeks ago. For a decade now, the most expensive paintings ever sold featured artworks by Impressionists, Post-Impressionists and Abstract Expressionists (the usual suspects: Gauguin, Cezanne, Pollock and company).

Few Renaissance and Baroque masterpieces are owned by individuals, and even fewer could be offered for sale. Such was the case with Leonardo Da Vinci’s ‘Salvator Mundi’, commissioned by King Louis XII of France around the year 1500. The painting was eclipsed by other masterpieces realized by Da Vinci like The Mona Lisa, the Last Supper and Virgin of the Rocks, specially that it was ‘lost’ and forgotten for centuries, until it resurfaced to the public in 2011 at the National Gallery Museum in London.
Auctioned last week in New York, Salvator Mundi sold for $450 million (auction house fees included), setting a record that might stand the test of time for quite some time. The painting shows Christ holding a transparent crystal orb in one hand, while the other hand blesses the viewer. The crystal orb looks nothing like our world, for he said “My kingdom is not of this world.” His fingers, hairlocks and face seem all seem to dissolve into the surroundings, an exquisite demonstration of Da Vinci’s perfection of the sfumato technique. Then comes the famous trompe-l’œil, a coessential Da Vinci trick of composition: is Christ smiling to us?

One cannot possible ignore the intense blue color of the Christ’s robe in this painting. Known as ‘ultramarine’, this color was obtained using the powder of lapis lazuli, a semiprecious stone which, at the time, was imported from Afghanistan! The name ultramarine alludes to the fact that it came from a faraway country through Venetian and Genoese ships. In comparison to cobalt or azurite, ultramarine produced from lapis lazuli does not fade or change color.
Attributing Salvator Mundi to Da Vinci is not universally accepted. Da Vinci never signed his works, and less than twenty paintings can be attributed to him with relative certainty, most of them Madonnas or portraits. A polymath in every sense of the world, Da Vinci had a reputation for not finishing much of what he had begun. Painter, sculptor, engineer, mathematician and inventor, his genius seems to have kept him constantly distracted by new ideas, but some of his experiments proved catastrophic, using painting techniques that proved unstable and unsuitable for the supports to which they were applied.

Why would someone pay 450 million dollars for a Da Vinci? For one thing, the ‘discovery’ of Salvator Mundi sent strong shockwaves across the art community around the world, for all of Da Vinci’s works are in museums around the world (the Uffizi, the Louvre, the Hermitage, etc.) and none of his works are offered for sale. We would never really know the exact motives of the buyer. Is it a true passion for Da Vinci and his art? Is it a decision motivated by religious zeal and an admiration for the representation of Jesus Christ in the painting? Is it an investment where the painting serves as store of value? Big art auctions are difficult to expect, let alone explain. Art, when traded as a commodity, follows the market laws of supply and demand, and yet, it has its own peculiarities. Pricing is not based on labor hours, but rather on a complex set of values, some intrinsic, some perceived, that involve the sentimental value, the halo effect of the artist, the historical value of the artwork, its aesthetic quality, to the end of a very long list. Not even the most experienced and reputed auctioneers would have guessed that Salvator Mundi would fetch such a price! Now the question becomes: when would that record be broken again? 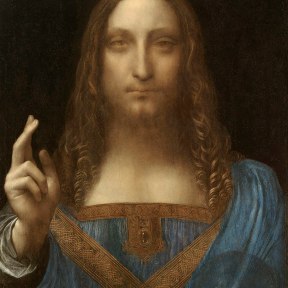 I first developed a taste for Greek Vases during my visit to the National Archaeological Museum in Athens, whose collection offers a tour-de-force of Ancient and Classical Greek Art. In addition to the fascinating Minoan frescoes, Mycenaean gold masks and jewelry, Cycladic idols and Classical statues, the Museum houses a mind-blowing collection of Greek kylixes, kraters, pitchers, amphorae, askoi and other varieties of Greek pottery from different periods and styles. The styles are so many and the techniques are sophisticated, but here I mention some examples to those interested:

Minoan Marine Style
One of the earliest ‘styles’ of pottery painting during the Bronze Age is the Marine Style developed by the Minoans in Crete during the third millennium BCE. As the name implies, this style is dominated by depictions of marine life on amphora and other vessels. Octopuses, shellfish and fish were painted using brown or black against a creamy background; figures would flow and fill the surface of the vessel with curves and waves. The Mycenaeans also employed this style.

The Geometric Period Style
The Pre-Geometric, Proto-Geometric and Geometric Vases which coincided with the Archaic Period all show intricate geometrical patters that range from simple concentric circles to the famous ‘meander’ motif that resembles a labyrinth design. Moreover, some stylized representations of men, horses and charioteers were used. One of the most impressive examples is the Dipylon Amphora.

Black-Figure Pottery
Attica became the heart of pottery production, and the black-figure style appeared in the seventh century BCE. Simply put, black figures are painted on brown/red clay. Attention to detail is very high, and mythological themes became a main inspiration for the subject matter.

Red-Figure Pottery
In the late sixth century BCE, several artists started using red figures against a black background, producing a wealth of magnificent pottery that eventually turned into a prized commodity throughout the Mediterranean. From everyday vessels, the Greek Vases have become collectable ‘art objects’ and several artists gained fame as master potters (like the Andokides Painter). Moreover, Greek vases became bearers of a tradition and media through which people could peer into the Greek world and its system of beliefs and values through the stories they depict. 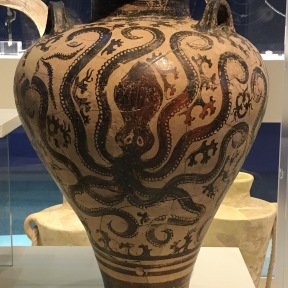 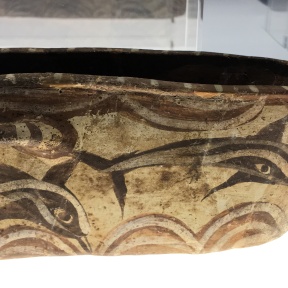 “To be interesting, ornamentation must present objects that remind us of poetic ideas, that constitute motifs. Motifs are historical, legendary, active, emblematic; fables relating to men and their lives, action and passion.” – A. Gaudí

This week, one of Antoni Gaudí’s most impressive –and bizarre- houses finally opened its doors to the public. Considered as his first masterpiece, Casa Vicens (1883-1888) is everything you would expect from Catalan Modernism: polychromy, curvilinear forms, wrought iron railings, geometrical and zoomorphic motifs, the interplay between light and shade, to the end of the long list, all with an unmistakable ‘organic’ twist that is a constant in Gaudí’s work.

One particularly interesting detail in Casa Vicens is the use of the ‘muqarnas’ (stalactite) decoration in one of the rooms. Guadí incorporated elements of the Islamic-influenced mudejar style in many of his buildings, but the use of muqarnas breaks the mudejar mould and betrays a clear fascination with Islamic art, not only of al-Andalus, but also of the Orient. In his notebooks, Gaudí explains:

“In the East, everything blends into the horizontal supports and vertical struts. The arch is a simple ornamental motif set within a system of pillars and lintels. Its vaults are simple spherical caps or stalactite vaults – a flat ceiling supporting stalactites as a reminder of the coolness of the cave.”