The new digital portal of the Andalusi Legacy magazine makes available to the users a grand archive of documents of around 750 articles by national (Spanish) and international collaborators.

I strongly recommend this portal for history enthusiasts. 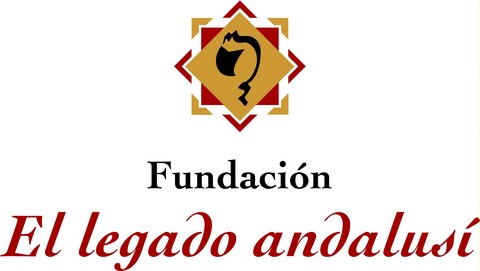 Another article of mine was published by El Legado Andalusí, this time about a marvelous little city in the Tunisian coast, called al-Mahdiya.
The city, once a Fatimid capital, is dotted with monuments and archaeological sites from the tenth century. Apart from being a picturesque Mediterranean port, it was once home for such figures as the poets Ibn Hani’ al-Andalusi and Ibn Rashiq al-Kairuani. Following a brief period under the rule of the Norman kings of Sicily, the city fell to the Almohads in the twelfth century, signed peace treaties with Sicily, and flourished economically and culturally. Ibn Khaldun would refer to it in the thirteenth century as the richest Berber city of the era.

You can read the original article in Spanish at:
http://revista.legadoandalusi.es/n45/ciudades/mahdiya_tunez.html

You can read the English translation for excerpts from the article below:

Better said, the first capital founded by the Fatimids, who had lived in Raqqada (some 8 km from Qayrawan) before moving to Mahdiya.
The city bears the name of the caliph al-Mahdi who ordered its construction in 916. It’s a Mediterranean city that occupies a rocky peninsula whose isolation allowed for defending it by land, while the solidity of the Fatimid float guaranteed the security of the port against possible attacks form the sea. Moreover, Mahdiya was far enough from Qayrawan, whose religious scholars and people were known for their religious rigor and their rejection of the Shiite doctrine of the Fatimids.

The Fatimids, famous for their obsession with astrology and astronomy, waited till the lion (the Zodiac sign of Leo) dominated the constellations to start building the city, according to the astrologers’ instructions. Historians mention a very similar story that would take place later in Egypt with the founding of Cairo by the Fatimids in 969: only this time it was the sign of Aries that dominated, and the city was called ‘al-Qahira’ (the conqueror or invincible), the feminine form of ‘al-Qahir’, the ancient Arabic name of planet Mars which controls Aries.

Is this for real or is it just one more example of what we can call ‘the magical realism of the medieval chroniclers’? What we know for sure is that the lion (a symbol of power in Islamic iconography) became the city symbol, according to the travel accounts and the symbols seen in the walls.

With the exception of Cairo, one cannot compare Mahdiya to other Islamic capitals like Fez, Damascus or Baghdad. A typical medina of the Islamic World would have the great mosque more or less at its heart, surrounded by markets, caravanserais, hamams, etc. The Fatimid model is distinct because of the Shiite doctrine: In Mahdiya like in Cairo, the heart of the city is occupied by the palace of the Fatimid caliph, who represents the shadow of God on Earth.

Today, my eighth article for the El Legado Andalusí (the Andalusi Legacy) has been published in the Foundation’s magazine. It’s about Tetuan, a UNESCO World Heritage medina founded in Morocco by Andalusi immigrants from Granada and bearing the imprint of al-Andalus.

You can read the whole magazine (including my article) in Spanish at: http://www.legadoandalusi.es/revista/rev44/pd/rev44ela.pdf

You can read an Arabic translation for some parts of the article at: http://groups.yahoo.com/group/Pen_Temple_Pilots/message/25356

Today, my seventh article for the El Legado Andalusí (the Andalusi Legacy) has been published by the Foundation’s magazine. It’s about the relics of an ancient Islamic medina / military camp in Catalonia, one of the oldest from the Andalusi era in all the Iberian Peninsula (VIII c.).

You can read the whole magazine (including my article) in Spanish at: http://www.legadoandalusi.es/revista/rev43/rev_pdf/Revista43pdf.pdf

You can read an Arabic translation for some parts of the article at: http://groups.yahoo.com/group/Pen_Temple_Pilots/message/24971

Today, my sixth article for the El Legado Andalusí (the Andalusi Legacy) has been published by the Foundation’s magazine. It’s about Lisbon, with a focus on the Andalusi imprint manifested in the ‘Alfama’ neighborhood, the Fado music, the Arab city walls, and the city’s gastronomy. The article also tackles the many marvels of the city and its culture, from the solidity of the Manueline Gothic style in the Belem Tower to the light elegance of the Chiado’s world-renowned cafés, with a special tribute to the city’s great literary figueres like Pessoa and Saramago.

You can read the whole magazine (including my article) in Spanish at: http://www.legadoandalusi.es/images/stories/revista/rev42/REV42.pdf

You can read an Arabic translation for some parts of the article at: http://groups.yahoo.com/group/Pen_Temple_Pilots/message/24926 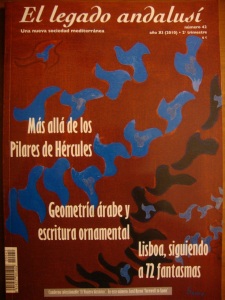 Today an article of mine about the Islamic and Jewish legacy of the Catalan city of Tortosa was published.

It is an incredible city that witnessed the flow of Knight Templars, Vikings, Berbers, Barbarians, Corsairs, pilgrims, to the end of the long list…

You can encounter the legacy of this city and its Islamic and Jewish intellectuals in the most unexpected of places, like in the Bibliotheca Alexandrina, where I first came across the manuscript of “Lamp of the Princes” by Abu Bakr Muhammad al-Turtusi, who, as his name implies, came from Tortosa all the way to Alexandria and then to Cairo where he died.

You can read the entire magazine (including my article) in Spanish at: http://www.legadoandalusi.es/images/stories/revista/rev41/REV41.pdf

Today a new article of mine was published, this time about Samarkand, a city that I visited during my Silk Road Trip back in 2006.

Tamerlane made Samarkand his capital in 1371, brought architects and artisans from all over the world, and reportedly used ninety elephants from India to build glory. His descendents founded the splendid madrasas at the Registan Complex and turned Samarkand into a learning centre. Strolling through the city is like flying in a blue dream…a dream of fluted, tiled domes, monumental portals, impressive facades and medieval bazaars where every craft under the sun is on show.

You can read the entire magazine (including my article) in Spanish at: http://www.legadoandalusi.es/images/stories/revista/rev40/REV40.pdf 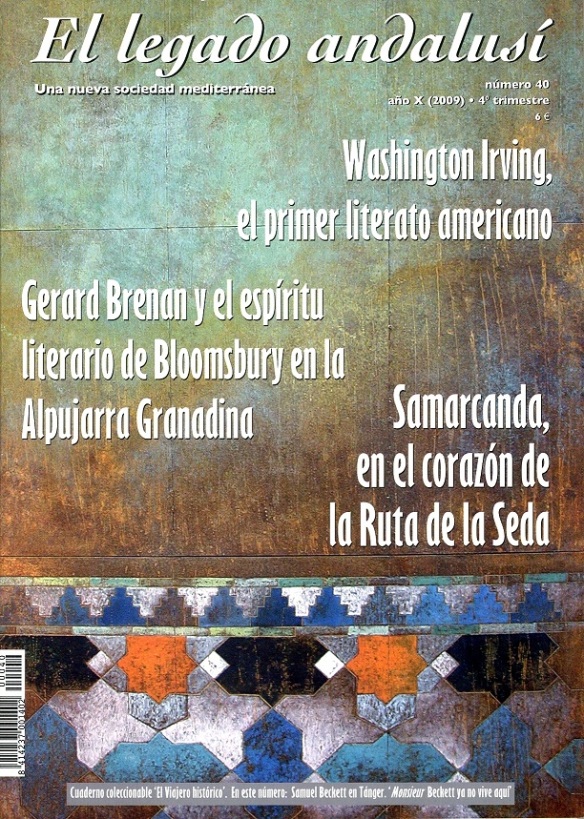 An article of mine about Damascus has been published.

This city, being one of my favorite cities in the world, is simply a treat for the senses, all the senses. From the peaceful ambiance of the Umayyad Mosque to the relaxing vapor of an old hamam, and from the noise of the bazaars to the seclusion of an old Ottoman house, one comes to remember that this city has it all when one indulges in the inevitable gastronomical experience that Damascus presents.

You can read the entire magazine (including my article) in Spanish at: http://www.legadoandalusi.es/es/fundacion/principal/labor-editorial/revista/164-revista39

This article about Kairouan in Tunisia comes as part of the celebrations that coincide with the city’s selection as ‘Islamic Capital of Culture’.

The city, founded by Sidi Uqba ibn Nafi’ around 670 AD, is famous for the mosque carrying his name. Considered the fourth holiest city in Islam, it was once a great learning centre and a site of pilgrimage. Sadly, the city was destroyed in the eleventh century by Banu Hilal and Banu Salim, Arab tribes sent by the Fatimid Caliph in Cairo (al-Mustansir) to punish the Zirid rulers for having switched their alliance to the Abbasids in Baghdad.

You can read the entire magazine (including my article) both in French and Spanish at:
http://www.legadoandalusi.es/es/fundacion/principal/labor-editorial/revista/158-revista38

You can also read an Arabic translation for parts of the article at:
http://groups.yahoo.com/group/Pen_Temple_Pilots/message/21449

Today the Andalusi Legacy Foundation (Fundación El Legado Andalusí) published my first article in its quarterly magazine. This is my very first article to be published in Spain, and I’m very glad about collaborating with this foundation. Based in Granada, its focus is to raise awareness about the history and culture of al-Andalus inside and outside Spain.

The article is about Alexandria, once a cosmopolitan city where Egyptians, Greeks, Italians, Cypriots, Maltese and Armenian communities lived side by side. Centuries prior to that, the city was a magnet for Andalusi intellectuals, scholars and mystic: names like al-Mursi (from Murcia) and al-Shatibi (from Shatibi) are among the most prominent. Going back further in time, one is awed by the famous Bibliotheca where the Hellenistic culture reached an unprecedented level of splendor and refinement under the Ptolemaic patronage.

But the city is much more that that. it’s truly a capital of memory with layer upon layer of history, but even more important, it’s the ‘great winepress of love’ as Lawrence Durrell once called it, and to many, it’s the ‘Ithaka’ that Kavafis once described.

You can read the entire magazine (including my article) in Spanish at:
http://www.legadoandalusi.es/es/fundacion/principal/labor-editorial/revista/122-revista37

You can read the Arabic translation for parts of the article at:
http://groups.yahoo.com/group/Pen_Temple_Pilots/message/20822