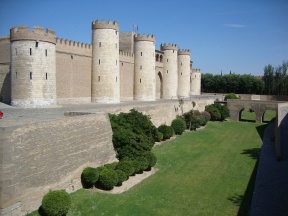 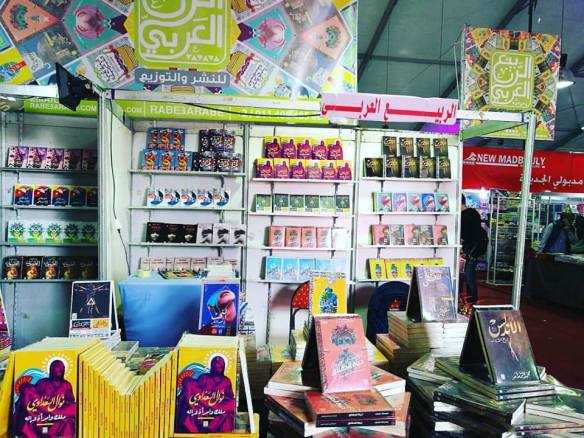 It is always an incredible feeling to lecture at the Bibliotheca Alexandrina where once, in its original version, students and scholars gathered around the likes of Euclid, Ptolemy and Hypatia! Am I not, after all, a distant heir to their legacy?

“An orchard is a treasure if the gardener is a moor.” – Spanish Proverb

This phrase is a proper metaphor of the civilizing effect that the Muslim presence had on the Iberian Peninsula and beyond after they had conquered that part of the world in the VIII century, referring to it ever after as ‘al-Andalus’.

More than just a geographical denomination, al-Andalus eventually became synonymous with an extraordinary human condition, as people from different cultures and creeds came to forge a golden age whose zeitgeist was the coexistence and whose epitome was the Library of Cordoba.

From the introduction of new crops and irrigation techniques to the establishment of libraries, universities and observatories, one can hardly perceive the scale and scope of the unparalleled body of knowledge developed and bequeathed to us by generation after generation of Andalusi philosophers, mathematicians, physicians, botanists, astronomers, poets, and the list goes on. The names include Al-Majriti, Ibn Rushd (Averroes), al-Zarqali (Arzachel), al-Zahrawi (Albucasis), Ibn Zuhr, Ibn al-Baitar, Ibn Ammar, and countless other figures. It was in al-Andalus that Ziryab founded the first proper musical institute in Western Europe, the Umayyads founded Europe’s first paper mill in Xativa and its first silk workshop in Almeria, while Cordoba’s Library became the world’s second largest under the enlightened rule of al-Hakam II in the tenth century (second only to the House of Wisdom in Baghdad).

The cultural imprint of al-Andalus can still be seen today, not only in the Iberian Peninsula and the Maghreb, but also in some of the most unexpected parts of the world, like Latin America (where the Islamic mudejar style was introduced by the Spanish invaders) and Basin of the River Niger (which hosts one of the biggest collections of Andalusi manuscripts in the whole world).

Next week, I will be giving a presentation on Mediterranean Art at my university, the Universitat Internacional de Catalunya (UIC). The presentation is centered on seven tales and seven masterpieces from Prehistory, Ancient Civilizations and Classical Antiquity, namely:

3. Beyond the Minotaur’s Labyrinth (Minoan, Greece)
The Bull-Leaping Frieze

4. Tragedy of the Horse-Tamers (Mycenaean, Greece)
The Mask of Agamemnon

5. Mystery of the Heretic King (Pharaonic, Egypt)
The Bust of Nefertiti

7. Till Death Do Us Apart (Etruscan, Italy)
Sarcophagus of the Spouses

Below are some questions to help you ‘warm up’ for the presentation:

(Scroll down for Arabic)
I am pleased to announce that I will be giving a lecture at Bibliotheca Alexandrina (Egypt) on 2 January 2014, titled ‘Tales of al-Andalus’ (2 hours, in Arabic). Through these tales, I will try to trace distance memories and present an alternative history of one of history’s most fascinating periods. The lecture starts at 18:00h and the tales are:

Following the Muslim conquest of the Iberian Peninsula (which they would call al-Andalus) in 711 AD, the Andalusi society eventually featured a very interesting ethnic and cultural mosaic. Then came the Reconquista, the Christian armies started gaining back territory slowly but surely, and the social mosaic became even more sophisticated. A couple of days ago, while lecturing on al-Andalus at Bibliotheca Alexandrina, I explained some interesting ‘elements’ of the Andalusi society:
1- Muwallads (muladíes مولدون)
These were the sons and daughters of Muslim conquerors and native Christian women. The term also extended to describe natives who converted from Christianity to Islam.
2- Mozarabs (mozárabes مستعربون)
These native Christians maintained their religion under Muslim rule, but adopted many elements or the Arab culture and language.
Later on, two more elements would come into play:
3- Mudajjan (mudéjar مدجنون)
As the Christian armies took back several cities, several Muslim communities chose to stay and live under Christian rule, maintaining their religion.
4- Moriscos (moriscos موريسكيون)
Following the surrender of Granada and the introduction of the Inquisition courts, scores of Muslims had to convert to Christianity, becoming new Christians of Moorish origin, better known as moriscos. They were finally expulsed from Spain (some 300,000 moriscos) between 1609 and 1614 under Felipe III following a tragedy that extended for over one century. The Jews were forced to leave much earlier (Sephardim), and also scores of them had to convert.

Obviously, from the Arab-Islamic viewpoint, al-Andalus was ‘lost’, while from the Western standpoint, it was ‘liberated’. Such is the case with history always: it can never be read in a unilateral way or a linear form, or based on a single discourse.

Calls among some Arabs to ‘recover’ al-Andalus are more than just absurd: they are delusional! For one thing, al-Andalus no more exists; because it is a historical concept and should always be treated as such. It was occupied by the Arabs and Berbers, but was never their homeland or their native territory. Moreover, calls to ‘recover’ territory just because, hundreds of years ago, it was under Islamic rule, is closer to intellectual terrorism than it is to rational thinking that would foster intercultural dialogue. With all the Islamic and Arab countries around the world that are lagging behind culturally and scientifically, wouldn’t it be a better idea to start with themselves and alleviate the suffering of their own people than ‘yearn’ for a land that their modern feet never stepped? 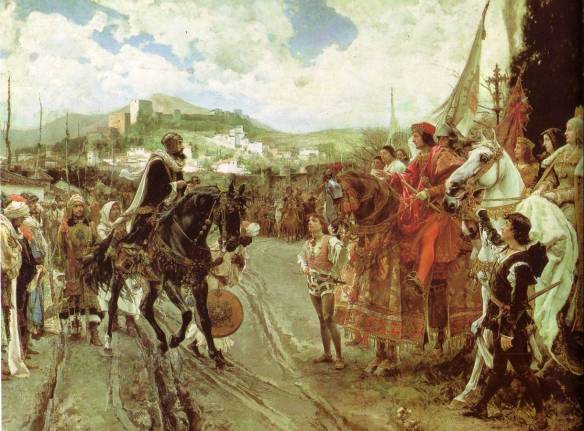 On 2 January 1492, the last Muslim ruler of Granada, king Boabdil (Abu Abdalla al-Saghir), handed the keys of the Alhambra to the Catholic Monarchs, bringing to an end the rule of Islam in al-Andalus in the present-day Iberian Peninsula.

What followed was a tragedy at all levels and it took the Catholic Monarchs no time at all to violate the vows they had made. The first to suffer were the Jews, then the Muslims, and even those that converted into Christianity did not survive the horrors of the Inquisition Courts. The definitive expulsion of the Moriscos (Muslims that had converted into Christianity) came in 1609 through a royal decree by Felipe III. Over 300,000 moriscos were kicked out, and this marked the beginning of a new episode of pain and passion: the moriscos diaspora in the Mediterranean.

On 2 January 2013, I will be giving a lecture titled ‘The Fall of al-Andalus: Reasons and Consequences’ at the Bibliotheca Alexandrina. This is an open invitation. 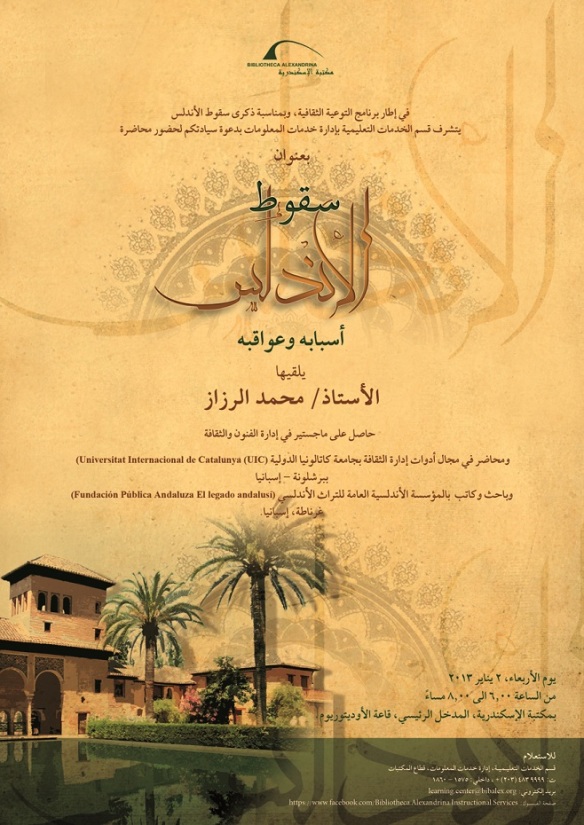